…said the voice on the phone, “I sold you a couple cords of juniper firewood a few years ago.”

High desert firewood cutters live life on the edge. As a group, they are prone to trouble, self-inflicted or otherwise. 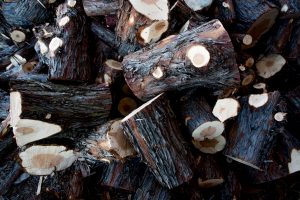 “I have three cords of dry, split firewood,” the voice went on, “do you need any or know of anyone who might be interested in a good deal? I’ll sell the whole thing for three hundred dollars, delivered.”

According to Native American legend, each full moon has a name. Mid-winter, when times are hard and food is scarce, it’s called the Hunger Moon.

Most firewood cutters are familiar with lean times in their seasonal work. Sometimes they face difficult choices: “Should I pay for my medicines or food on the table? Which is more important, keeping this apartment or my work truck?”

Still, I knew this family. They were a hard-working bunch, poor and hard scrabble. While they had issues—mostly minor brushes with the law and overly insistent bill collectors—their reputation was one of fairness and honesty.

Besides, around these parts, that’s a good price for firewood.

“I have my winter wood,” I said, “but I’ll make a few phone calls and see what they say.”

The following day, an old friend returned my call.

“Do you suppose the wood’s still available?” she said.

“No idea,” I replied,” but he wanted to sell it by today, the timing had something to do with his apartment.”

I gave her the phone number and filled her in on what I knew of the family. Later that evening, I called again to see what happened on her firewood deal—after all, I was willing to share mine if she was in a tight spot.

“It went great,” she reported, ” he arrived about dark and dumped the wood in my driveway. He plans on coming ba 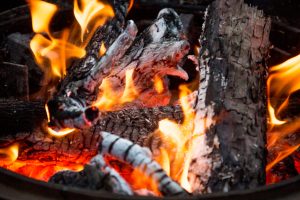 ck in the morning to stack it.”

Excellent, I thought to myself, that worked well.

Slowly, our rural economy is improving. Still, there are far too many people hanging by a financial thread. They live in a constant, grinding state of scarcity—one breath from disaster and two from the end of their world.

Successfully selling three cords of firewood won’t break an ongoing cycle of poverty. But, maybe it’ll buy this woodcutter a bit of relief from the feeling of impending doom. What’s that worth? In his world, quite a bit, I suspect.

The Hunger Moon can be a tough time when someone’s living on the edge—treat each other well, folks.